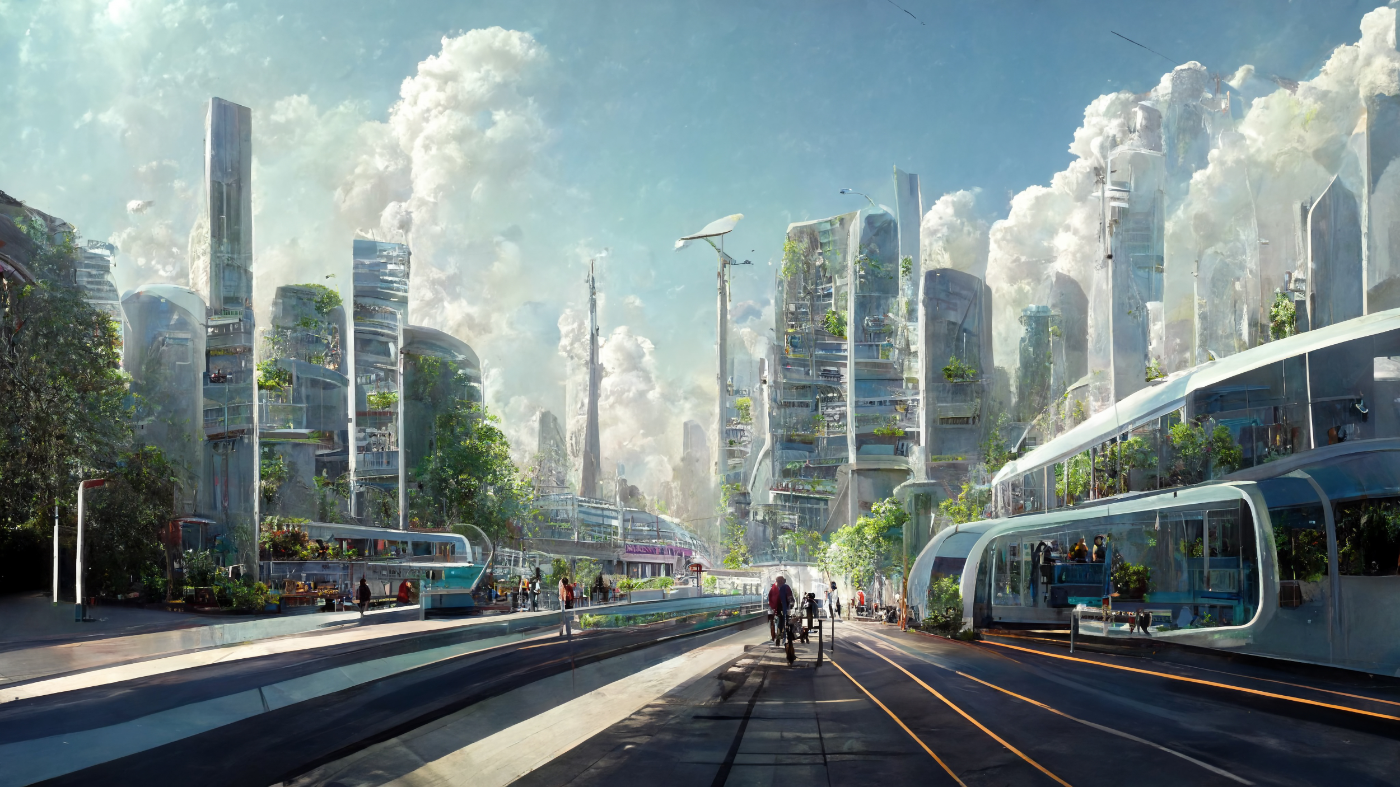 The future of urban mobility

The way we move within urban spaces will change dramatically within the next decade. Extreme traffic density, land consumption, air pollution, noise, inner-city development and last-mile logistics are just the tip of the iceberg with respect to climate change and overpopulation. All these challenges call for a more sustainable, fast, and reliable way to travel. The fast pace of digitalization is already revolutionizing the way we move in near future.

Here are the four most promising trends of future mobility:

No 1: E-vehicles instead of combustion engine cars

Global sales of fully electric vehicles have more than doubled, compared to the prior year, to 1.4 million vehicles in the first quarter of 2022, according to a study of PwC. In Europe, Norway is the best-known role model concerning electric mobility. In 2021, about 93 percent of all car registrations were electric in the Nordic country. In Germany electric vehicles accounted for 43 percent. Last year, the European Union decided to forbid the registration of further combustion engine vehicles in all member countries from 2035. Due to that regulation, registrations of electric vehicles have risen significantly. Apart from the unbeatable European champion: Norway, the Netherlands are constantly expanding in the field of electric mobility, too. For instance, if you purchase an electric car and do not own a parking spot in Amsterdam, the city will build a public charging station for free nearby. Furthermore, a subsidy of up to 5,000 Euros is given for commercial cars and up to 40,000 Euros for trucks. The goal of all this is to reduce the number of internal combustion vehicles on Dutch roads to zero by 2040. Other European countries have similar initiatives to support electric mobility. However, China was responsible for two-thirds of all fully electric vehicles sold worldwide in 2021. According to the PwC study, 1.3 million electric cars - including hybrids - were sold in China within the first quarter, up from half a million in the same period in the previous year. Their market share of new sales was thus about 20 percent. It is no longer a problem to drive electric cars, range fear is irrational. Battery-powered vehicles are already able to travel several hundred kilometers and the expansion of charging station infrastructure is progressing.

No 2: Mobility on Demand – Sharing instead of owning a vehicle

In big cities such as New York City, London, or Berlin, it is no problem to travel without owning a car or bicycle. Many different car, scooter and bike sharing companies distributed a tremendous amount of rental cars, bicycles or electric scooters all over the cities. This offer is widely used by habitants as well as by tourists. The prospect of using shared vehicles instead of owning one is rather clear; lesser cars reduce traffic and thus reduce the amount of traffic jams in cities as well as reducing the demand for available parking spots.

The financial aspect certainly also plays a role in the decision to rather share a car, bicycle, or a scooter instead of owning one. If a half-way usable car is about 35,000 Euros the least, it’s way cheaper to just install the app of a car, bicycle or electric scooter sharing company and take a walk to the closest vehicle in order to drive home with it. While shared cars are mostly used for longer distances or to transport things from A to B, bicycles and scooters are used for short distances.

No 3: The autonomous car

When using car sharing, you still have to steer the vehicle yourself. But that will change in near future: An autonomous car is, by definition, a vehicle entirely driven by artificial intelligence. It navigates alone and is fully capable of adapting according to its surroundings and occurring traffic events. It is not only much more convenient to be given a ride over long distances by your fully autonomous car, but there are also many advantages for the city traffic. Since your car will be driving independently, it will drop you off at the desired location and return home to pick you up at another location again, when you require it to. If all cars are acting in that manner, the need for public parking spaces drops significantly. Thus, where there are parking lots now, might be parks and green spaces in the future.

In addition to the fully autonomous car, the metro services in cities will become entirely autonomous, too. Driverless vehicles are fully interconnected and can therefore operate with less safety space between trains. This offers a huge potential of optimization to transport more passengers within the same amount of time and meet the rising number of passengers in the cities that are increasingly bursting at the seams. In contrast, to what one would expect, driverless metros are not a new invention at all. In fact, the first automated metro was launched in Lille (France) in 1983 already. However, these trains did not operate with AI, but worked with automatic rubber-tired people movers; that basically means, the trains are hanging on a rail and are moved forward in consistent patterns. Artificial intelligence will of course provide an even more optimized, safer, and more versatile service.

Apart from the autonomous metro systems, driverless busses are already tested at the Charité Campus in Berlin for example. Admittedly, a supervisory attendant still sits on the bus and drives around obstacles. However, these systems will become more intelligent, safer, and more independent in near future.

The most innovative way of autonomous transport is the drone taxi. At IAA MOBILITY 2021, we already had one. The “EHang” was equipped with two seats and was supposed to be fully operated by AI. Unfortunately, the drone taxi was not allowed to transport visitors around the fairground, since there is no permit for drone taxis for German air space yet. The fact that there are already working prototypes of fully electric autonomous air vehicles, shows, that it won’t be too long until they can transport passengers from A to B in urban areas. In fact, Markus Dold, who oversees the autonomous drone taxi at the Austrian company "Atlas", is already negotiating with the European Commission for a flight permit. At IAA MOBILITY 2023, he intends to fly the first visitors around the fairground. Let’s see if he can keep his word.