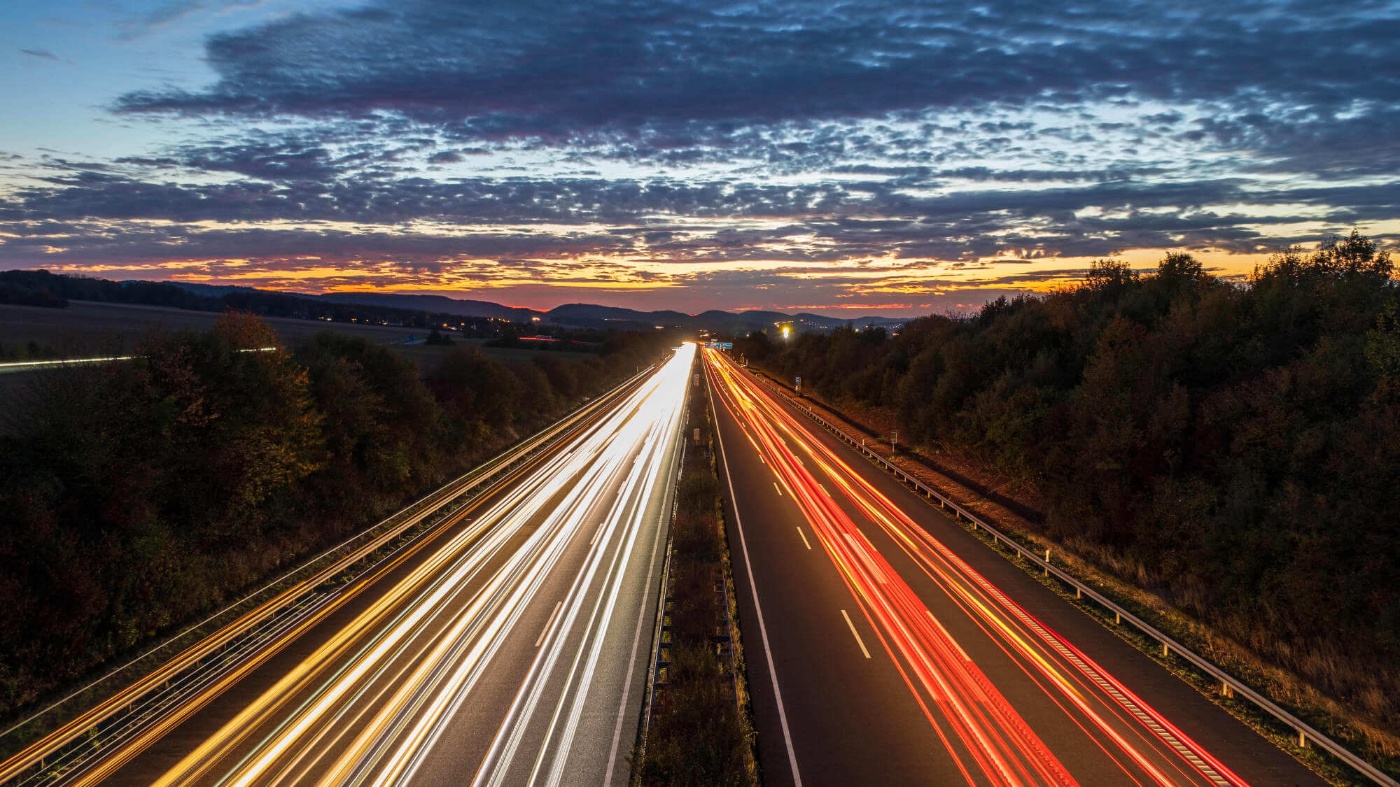 With digitalization, mobility is becoming more safe, more efficient and more convenient. Something which is frequently overlooked is that it also brings many advantages for climate protection.

“In digitalization, we hold an extremely powerful lever in our hands for lowering CO2 emissions quickly and effectively,” says Achim Berg, President of Germany’s digital association Bitkom (Bundesverband Informationswirtschaft, Telekommunikation und neue Medien). In the context of the German government’s digital summit in the fall of 2020, the association published an extensive study in which, for the first time, the massive potential for sustainability from digitalization was set out in concrete figures. It indicated that, in Germany alone, the targeted use of digital technologies could save around 120 megatons of CO2 in the next ten years. That is roughly half the savings Germany still needs to make to achieve its self-set climate goals by 2030.

The mobility sector could play a decisive role in making CO2 savings, as the study shows. It indicates that, with accelerated digitalization, up to 28 megatons of CO2 can be saved in this area just in the next ten years. But how precisely does that work? In short, through greater efficiency. Because whether it is car-sharing platforms or autonomous driving – ultimately, digital technologies are leading to ever more efficient use of mobility and thus also to lower consumption of resources. One good example of this is car-to-infrastructure communication in connected vehicles, capable of efficiently influencing the flow of traffic using smart traffic management.  Roads and lights are equipped with sensors and WLAN, exchanging signals with vehicles to adjust traffic light changes in real time or to optimize diversions.  That’s because vehicle braking and re-acceleration, in particular, use up a lot of energy.

Clear efficiency gains are also possible in autonomous vehicles. Unlike conventional cars, they are programed to adapt to the traffic and to take the optimum route. Autonomous vehicles eliminate unnecessary acceleration and braking. For the traffic as a whole, that means that as vehicles increasingly drive autonomously and with connectivity, there is less stop-and-go traffic and traffic jams. In addition, trips to the workshop also become less frequent, since with increasing connectivity the use of “over-the-air updates” also increases and thus software problems can quickly be rectified whilst on the move.

Digitalization can also lead to the existing passenger transport infrastructure being better used. That comes both from smart buses and trains, and from an improved payment system. The former is possible, for instance, through targeted deployment of out-of-service vehicles to those places where they are needed, using smart demand prediction. Another approach works with flexible stops in the public transport system, which are only serviced following prior booking. In the Volkswagen subsidiary MOIA, there is already a start-up offering services like this together with urban passenger transport operators in Hamburg and Hanover. In Hamburg, MOIA operates around 15,000 virtual stops and a fleet with 330 vehicles. The company’s services can be booked both via the company’s own app and also via the Hamburger Verkehrsverbund (transport authority) app. That makes payment easier, and also encourages multi-modular mobility – the fluid transition between various forms of mobility. Integrated, user-friendly apps are a key requirement for this. Beyond this, for urban passenger transport autonomous buses naturally also have a key role to play. Here projects such as HEAT in Hamburg or See-Meile in Berlin show what the future of travel will look like.

Platforms with car- and ride-sharing services can similarly deliver more efficient, more resource-saving mobility. With ride-sharing – similar to the conventional car-sharing group – several passengers heading to a similar destination arrange to share a vehicle together. One popular area where this is used is for commuter traffic. Here, numbers of people are regularly travelling the same routes to work. Using digital solutions such as the commuter app Carployee, in future they could make better arrangements, save on routes driven and thereby help protect the environment. With car-sharing, conversely, individual vehicles in a sharing pool can be booked flexibly by users. Both are only possible through the use of smart technologies and enable higher capacity utilization in traffic.

Smart Factory and Smart Logistics: The automotive sector as leader

In addition to the traffic itself, there are also other opportunities for the mobility sector to use digitalization sustainably – for instance, in production. The networking, automation and flexibilization of factories and materials flows in logistics – also called the Smart Factory and Smart Logistics – will play a key role. With IoT applications and smart control systems, many resources can be saved in future. The automotive industry is one of the leading sectors for this. According to a study by the corporate consultants Capgemini published in 2020, it has converted fully 30 percent of its plants into “smart factories” in the past two years alone. In the next three years, Capgemini say, investments in expanding smart factories will actually increase by 60 percent.

Digital transport: The faster the better

Naturally, many questions remain open today. For instance, whether the spread of digital mobility offerings will increasingly lead to rebound effects moving forward, in other words an increase in demand for mobility triggered by efficiency increases and lower costs. Nor is it possible today to foresee accurately how high the energy consumption of digitalization will be itself – accordingly, an energy transition that is as rapid as possible is a key requirement for achieving sustainability goals. The calculations by the Bitkom association indicate that the same applies for digitalization: “The faster and the more consistently digital technologies are used, the more CO2 we can save in future,” is the assessment by Bitkom President Achim Berg.