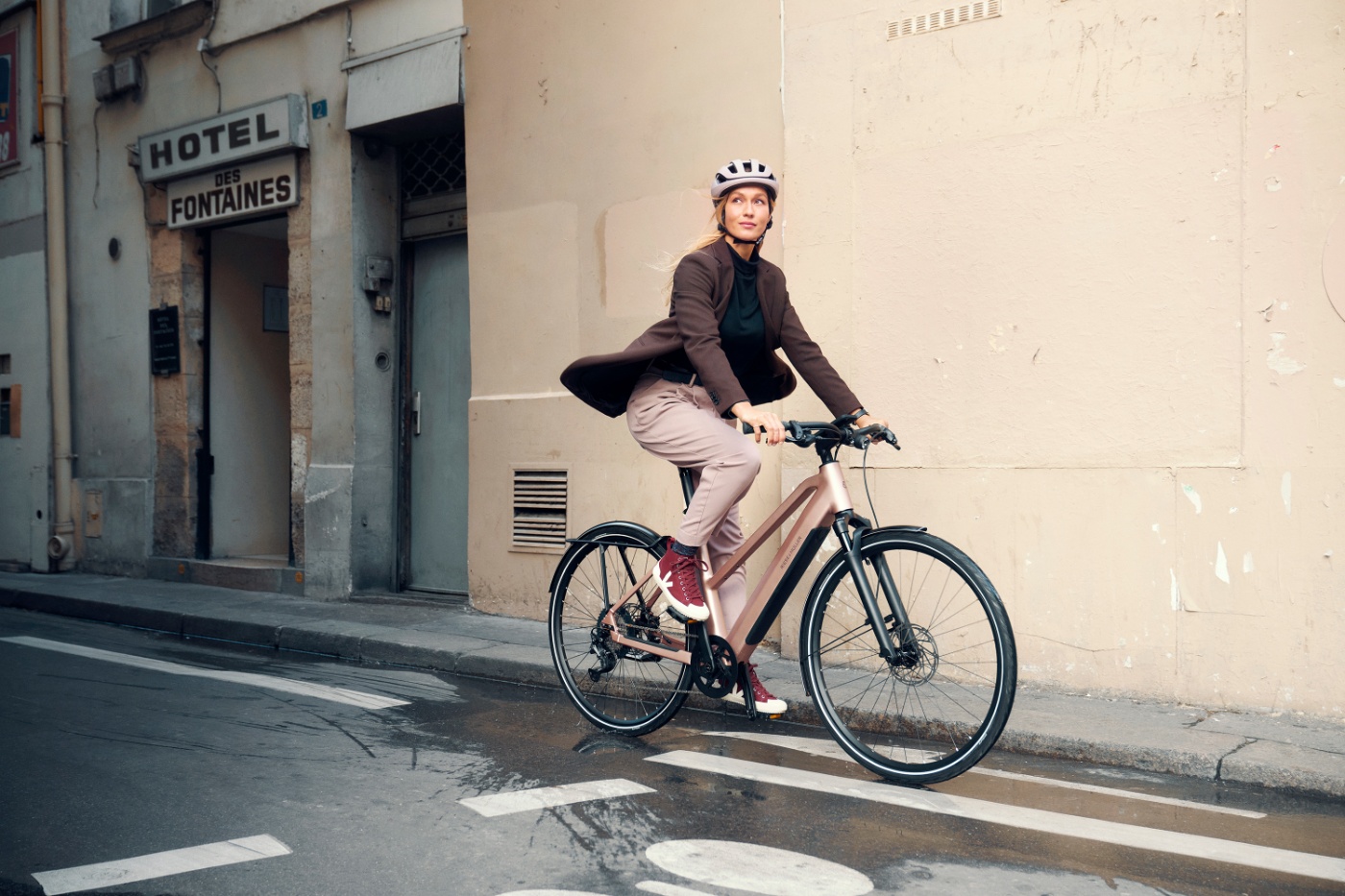 Netflix or a bike subscription?

Subscribing to a bike instead of buying one? As in other areas of society, subscription models are becoming increasingly fashionable in the bike industry. Here, we explain what bike subscriptions are all about and what advantages renting a bike really offers. We also present five providers who have already been successful with their subscriptions.

Stream the latest Hollywood films conveniently by subscription. Use software via online subscriptions. And simply rent cars via an app instead of buying them. While subscription models were long considered outdated and inflexible, they have revolutionised a wide variety of industries in recent years. Start-ups in particular are ensuring that people are now increasingly renting instead of buying. The strength of this trend is now also shown by various surveys, such as the current "Consumer Barometer" by business consulting firm KPMG and the Institute for Retail Research at IFH Cologne. Of the 500 representative consumers surveyed online, 71 percent stated that they use film streaming services. In turn, 41 percent use music streaming regularly. However, it is not only media content that is increasingly subscribed to rather than purchased, but also consumer products: 41 percent of the study participants have already tried this. 23 percent of respondents are also interested in subscribing to consumer products. In comparison: in 2017, just 14 percent of the participants had already subscribed to consumer products.

Subscribing instead of buying. Due to this social development, it is therefore no coincidence that subscription models have reached the bicycle industry. "Bicycle subscriptions help people to enjoy cycling without having to worry about maintenance and repair. In this way, bike subscriptions help even more people to choose cycling," explains André Illmer, General Manager for Central Europe at Swapfiets. With more than 280,000 members in various European countries, the Dutch company is considered the leader in the bike subscription sector. In Germany, too, their distinctive subscription bikes with blue front tyres are increasingly making their mark on the urban street scene. "Many people like to ride their own bike, which is available at all times, but don't want to worry about maintenance and repair. The combination of owning a bicycle and the well-known short-term sharing concepts for cars or bicycles is the monthly bicycle subscription - ideal for mobility in the city," says Illmer.

How do bike subscriptions work?

The functional principle of a bike subscription is similar to that of a TV streaming provider - with the difference being that you get a bike, instead of a film or series, for the monthly fee. With Swapfiets, you can subscribe to a bike or e-bike. But that's not all: if there are problems with the bike, a repair service is available within 48 hours at no additional cost. This means that you can always use a fully functional bike, and also have the certainty that someone will take care of it if something happens. The cost depends on the model. The cheapest Swapfiets bike, called "Original", is available from 18.90 euros a month; the e-bike "Power 7" from 79.90 euros a month.

Swapfiets is by no means the only brand vying for customers' favour. Since 2020, e-bikes can also be rented from the Berlin start-up, Dance. "With us, renting a bike is as easy as making a coffee date," promises ListNRide, another platform from the German capital. And with Dutch company Vanmoof and German manufacturer Riese & Müller, traditional bicycle companies are now also offering subscriptions for their models. "Bicycle subscriptions are a new mobility solution for people who want to be flexible, uncomplicated and sustainable on the road in everyday life, or who have always wanted to test an e-bike individually over a longer period of time without obligation," explains Jörg Matheis, Chief Communication Officer at Riese & Müller. "Freely selectable terms and monthly payments make bike subscriptions particularly attractive for younger people," he adds.

What are the advantages of bike subscriptions?

Matheis has already mentioned some of the advantages that customers expect from subscription models. The current "Consumer Barometer" from the business consulting firm KPMG and the Institute for Retail Research of the IFH Cologne also provides these insights: For example, 90 percent of those surveyed name the possibility of being able to cancel a subscription at any time as a decision criterion. Free delivery for subscriptions (75 per cent) and a price guarantee for a certain period (65 per cent) are also advantages of subscriptions. 64 percent of those surveyed also said they wanted to save money with a subscription compared to a traditional purchase. "Bike subscribers don't have to commit to one model, but can ride a bike tailored to their needs depending on their life situation. The bike subscription from Riese & Müller includes an all-round carefree package, including service, maintenance, insurance and digital services via an app," explains Matheis of subscriptions’ other advantages.

These are arguments that could well contribute to bicycle subscriptions gaining further popularity in the future. Another is the issue of sustainability. Manufacturers like Riese & Müller and Swapfiets are already considered pioneers when it comes to climate and environmental protection in the bike industry. Bicycle subscriptions can additionally contribute to environmental protection. "The bicycle is still the most environmentally friendly means of transport with real 'zero emissions'. But cycling alone does not help. That is why we are increasingly investing in sustainable production and, above all, the development of our entire company towards a circular economy model. Our first sustainability report for 2021 shows that Swapfiets' bicycle subscription contributes to the circularity of the company in terms of the circular economy," says Swapfiets manager André Illmer. He is therefore certain that bike subscriptions are a model with a future: "The traffic situation in German cities is still dominated by cars. But bikes can play an important role in the mobility mix, and also in terms of sustainability."

Five providers for bicycle subscriptions at a glance 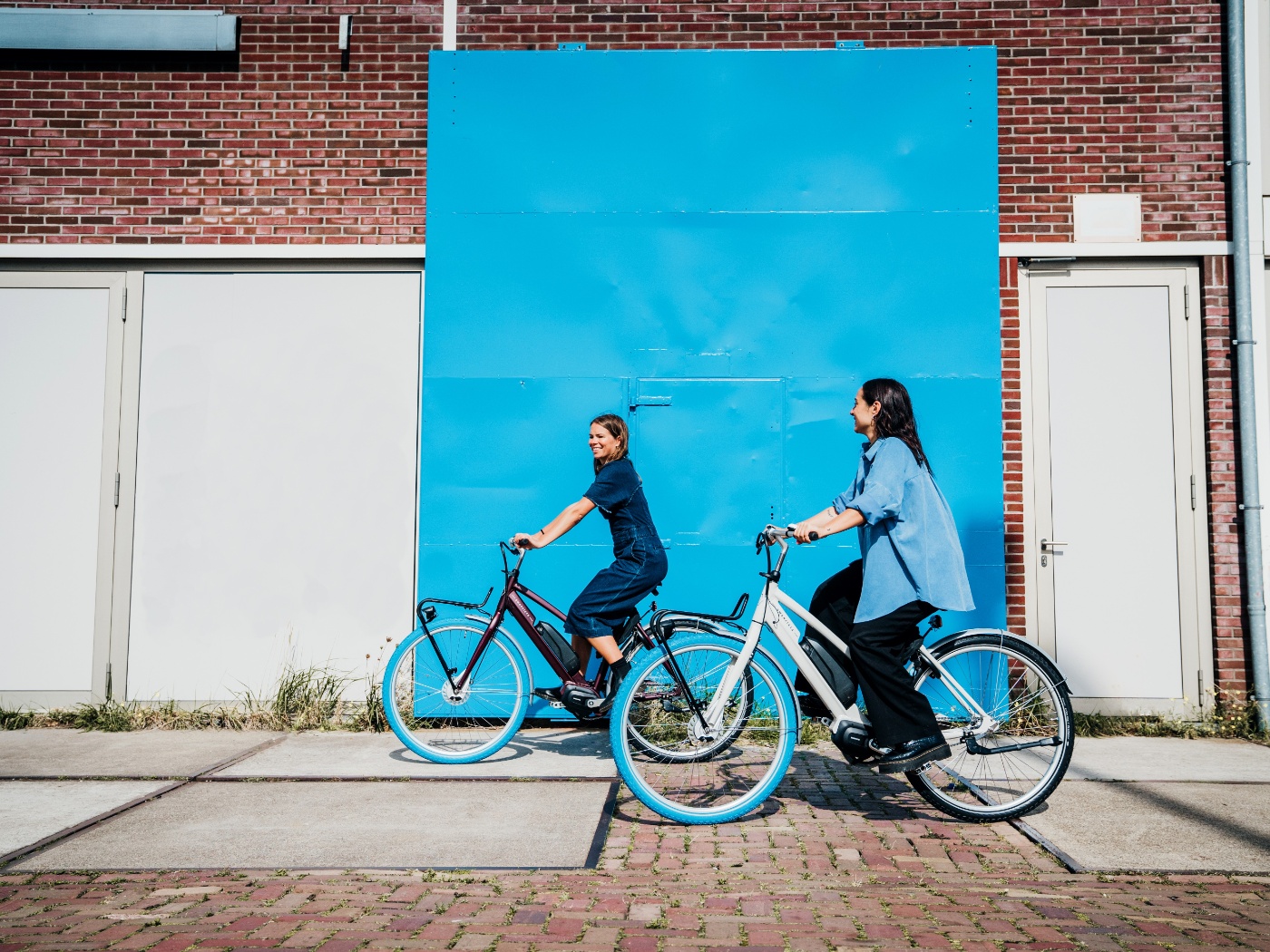 Swapfiets is probably the best-known bike subscription provider at the moment. Founded in 2014 in the Netherlands, they have quickly become one of the leading providers of micromobility in Europe and now have over 280,000 members in the Netherlands, Germany, Belgium, Denmark, France, Italy and the UK. Since spring 2021, Swapfiets has been also active in Spain (Barcelona), Austria (Vienna) and Lyon, Strasbourg and Toulouse (France). Swapfiets offers a total of four bicycle models, including two e-bikes, starting at a monthly price of 18.90 euros. The subscription also includes a repair service. Within 48 hours, defects are repaired or the bike is exchanged for a brand new, roadworthy model. 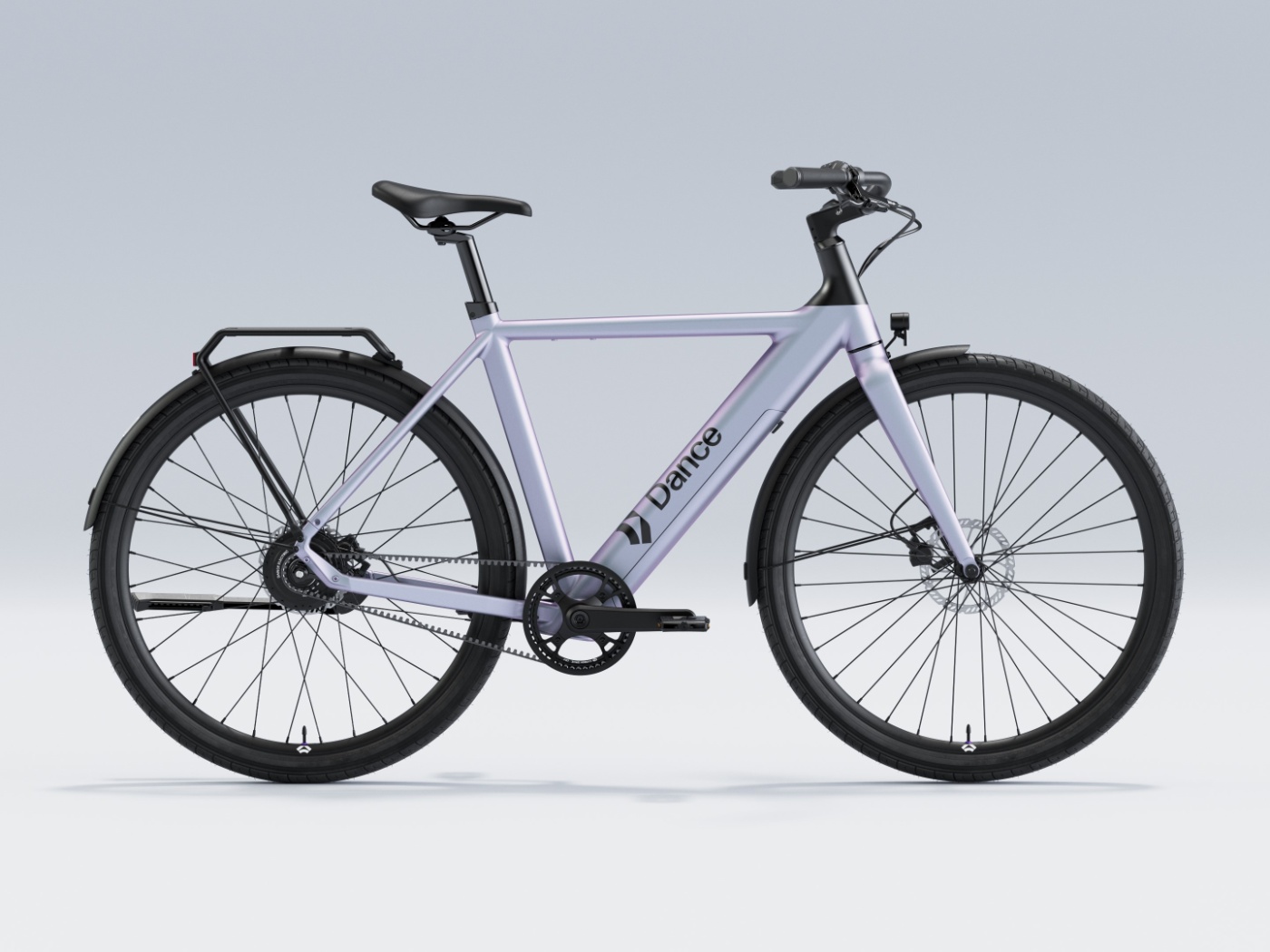 Dance comes from Germany and was founded in 2020. With Dance, you simply choose a city and a bike, and it is delivered directly to your home. As a member, you get an e-bike or e-moped for a monthly fee and have access to the so-called “concierge service”, which takes care of delivery and repairs. The price starts at 39 euros per month.

"With us, (renting) a bike is as easy as making a coffee date," promises German platform ListNRide. The concept here, however, is not a classic subscription, but rather making existing bicycles accessible. In other words, it is bike sharing. Customers can both rent and hire out bikes. In total, they have access to more than 60,000 bikes worldwide. "For every terrain - city, country or mountains - you should be able to rent the right bike for you at any time and anywhere. And if you have a cool bike at home that you don't need or want to share, you can simply rent it out on our platform," says the website. The price depends on the model. 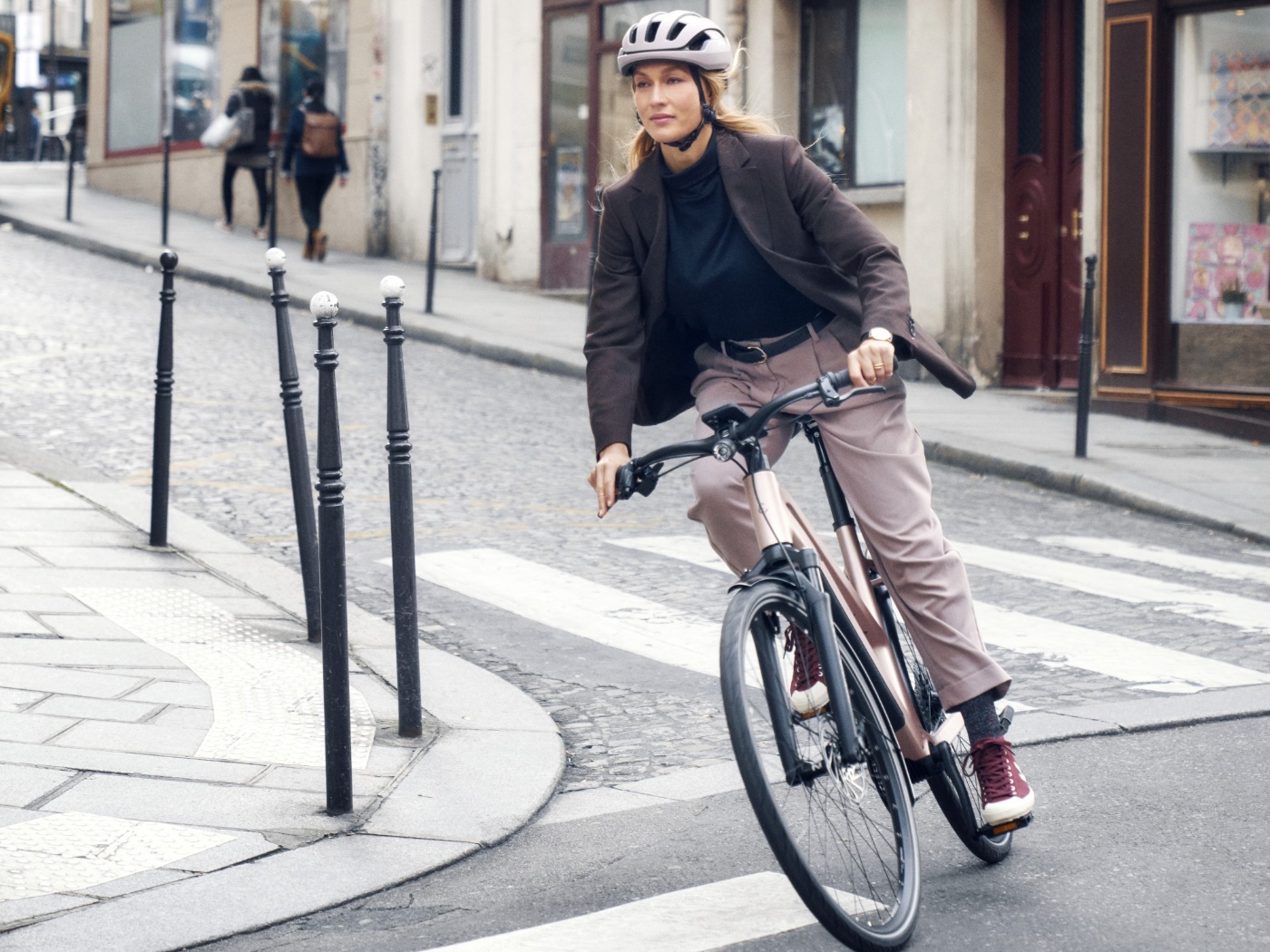 Riese & Müller is a German premium manufacturer of electric bicycles. Since this summer, they also offer the possibility to rent the high-quality urban e-bikes of the "UBN" series with flexible terms and monthly fee - repair and service included. The subscription has a minimum term of six or twelve months, is then extended monthly and ends after 15 months at the latest. Delivery, bike fitting, service, repair and comprehensive insurance are included. Wear and tear protection is also included in the monthly fixed price. A subscription is available with costs starting at 169.90 euros per month. A one-time service fee of 19.90 euros is charged upon conclusion of the contract.

It doesn't always have to be a bike with a bike subscription. Bicycle clothing can now also be subscribed to. The Slovakian manufacturer Isadore Apparel offers just that. From 35 euros per month, you can rent at least one jersey. After 90 days, you can return the jersey with a prepaid shipping note. In exchange, a new jersey will be sent to you. You can choose from up to 45 bike shirts.