Autonomous Driving. What is the impact on industry and market? 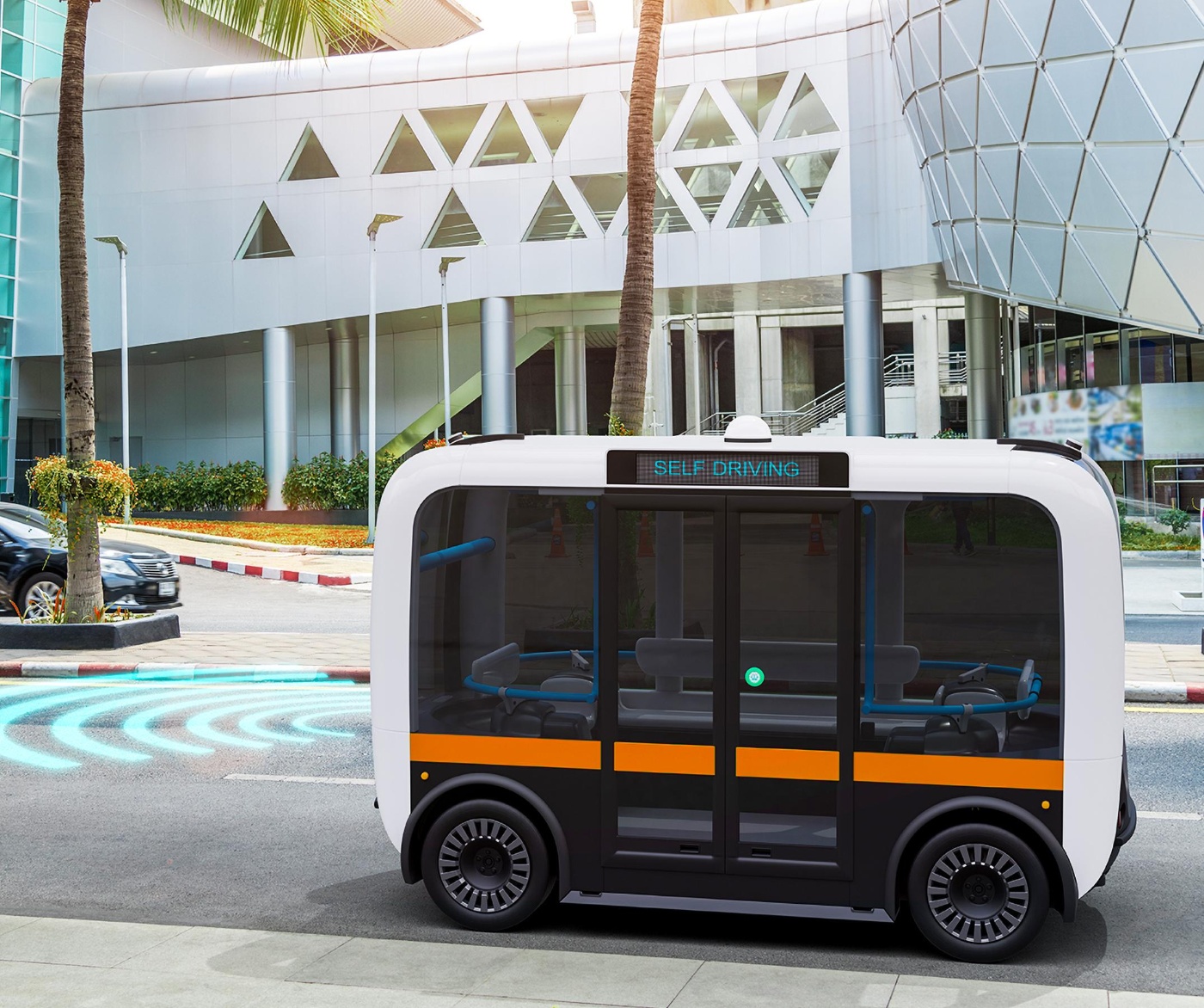 “People will love it”: The future market in autonomous driving

If cars are self-driving, it transforms more than just the traffic. Business models and value chains will change too. The influence that autonomous driving will have on the market and the industry is the topic in the IAA MOBILITY Visionary Club. Sponsored by Bayanat.

Taking the robo-taxi to a concert, reading in a self-driving car as you get through the daily traffic jams on the way to work, or having the parcel you ordered delivered to your door by a self-driving mail van: The scenarios associated with autonomous driving are highly promising.

Even if the precise figures vary, common to all forecasts is that the global market for autonomous vehicles is set to grow. The market researchers at Fortune Business Insights, for example, are predicting a 31.3 percent average annual growth rate for the forecast period from 2021 to 2028, following a pandemic-induced collapse in demand, and growth to USD 11.03 billion in 2028.

For the industry, the critical factor will be how much money can actually be earned using the technology. So what does the business model of the future for autonomous driving look like? The answer: Diverse. That’s because, in a market that will range from private vehicles to self-driving trucks to robo-taxis, there will not be just one business model, says Danny Shapiro in the IAA MOBILITY Visionary Club. The Vice President of Automotive at AI computing experts NVIDIA believes that “the possibility of increasing safety and efficiency and offering entirely new services creates offerings that people will pay for.”

Mobility services as the trailblazer

Widespread introduction in private vehicles would, however, be constrained purely by the continuing high costs of sensor units and computer modules, which are essential elements for self-driving vehicles, says Paul Thomas. By his calculations, they would currently drive the price of a car up by an estimated 30 to 40 percent. Thomas is CTO at Project 3 Mobility, a company working on an ecosystem encompassing a mobile app, autonomous vehicles, and a matching infrastructure for the urban space. He is convinced that mobility service providers will be spearheading the spread of autonomous driving.

Shapiro similarly does not see the triumphant march of autonomous driving as starting with private vehicles. His assumption is that the initial boom will come in trucks: “There is massive demand in the commercial sector.” Self-driving vehicles can support drivers, and even replace them entirely. That lowers wage costs and increases safety for people, for instance in mining, where potentially dangerous maneuvers could in future be handled entirely by machine. In the volume market, however, it will be the passenger vehicle that drives change, believes Thomas Dannemann, Senior Director of Product Marketing at the technology group Qualcomm: “Simply because people will love it.” Sending the car off to search for a parking space by itself, handing over the steering wheel on long motorway journeys – customers will appreciate services like that.

However, autonomous driving is likely to be introduced by installments. That’s because “the degree of autonomy can be scaled”, says Shapiro. By which he means that it doesn’t immediately have to be the fully-autonomous vehicle for everyone: “People will have the opportunity to buy cars at varying levels of autonomy.” A bit like smartphones and apps, where the basis for the technology is already in place at the time of purchase. It is the customer who decides whether and when to enable individual features. Because the autonomous vehicle of tomorrow is software-defined, and therefore not static in terms of its equipment – updates and upgrades can repeatedly change the functions the car offers. But that also means the software will be more important than the hardware, bringing with it the prospect of a shift in the vehicle value chain share – towards software and the electric-electronic architecture.

It’s fair to say that this changes some things within the industry too: Product lifecycles and development cycles, the relationship between supplier and manufacturer, and the value chain. Whether the term “supplier” will continue to apply at all is a fair question, Shapiro says: “Autonomous vehicles are continuously being updated, and for that reason we are never finished with the software we develop. We will improve it permanently and offer software updates.” He sees that as changing the relationship with the manufacturer even further in the direction of partnership. Dannemann comments that we will then no longer see cars entering the market with certain functions and being replaced by the next-generation model after five years. The car will be updated and repeatedly upgraded over its entire lifetime.  “We will thus see a clear change in the value chain in the industry of the future.”

When this future begins is heavily dependent on the legislation. “Regulation is one of the most important drivers. It needs to change and it will change, so that we can bring in this technology,” says Thomas. “For that to happen, we need to prove to the authorities that it is several times safer than the average human driver.”

And he adds that greater safety is also one of the advantages that will ultimately convince consumers. In urban areas, in particular, there is great potential in that regard: “Unlike people, autonomous vehicles are never tired, never on the phone.” And they also score well for efficiency and saving resources. “In future, one autonomous vehicle is set to replace eight to ten private cars, which currently spend the day parked up somewhere after the drive to work,” says Thomas. Most autonomous vehicles will also be electric, and the car’s artificial intelligence (AI) will drive it with greater energy efficiency than a person can.

The prospect of smoother, safer, and more efficient mobility will be worth something to people – that’s the hope in the automotive sector. “The user experience will be the big differentiating feature – and the point where customers are prepared to pay for these new services,” says Dannemann. “In the past, people were proud of driving themselves. The next generation will be proud of being driven.”