Autonomous Driving. Which technology will pevail? (Part I) 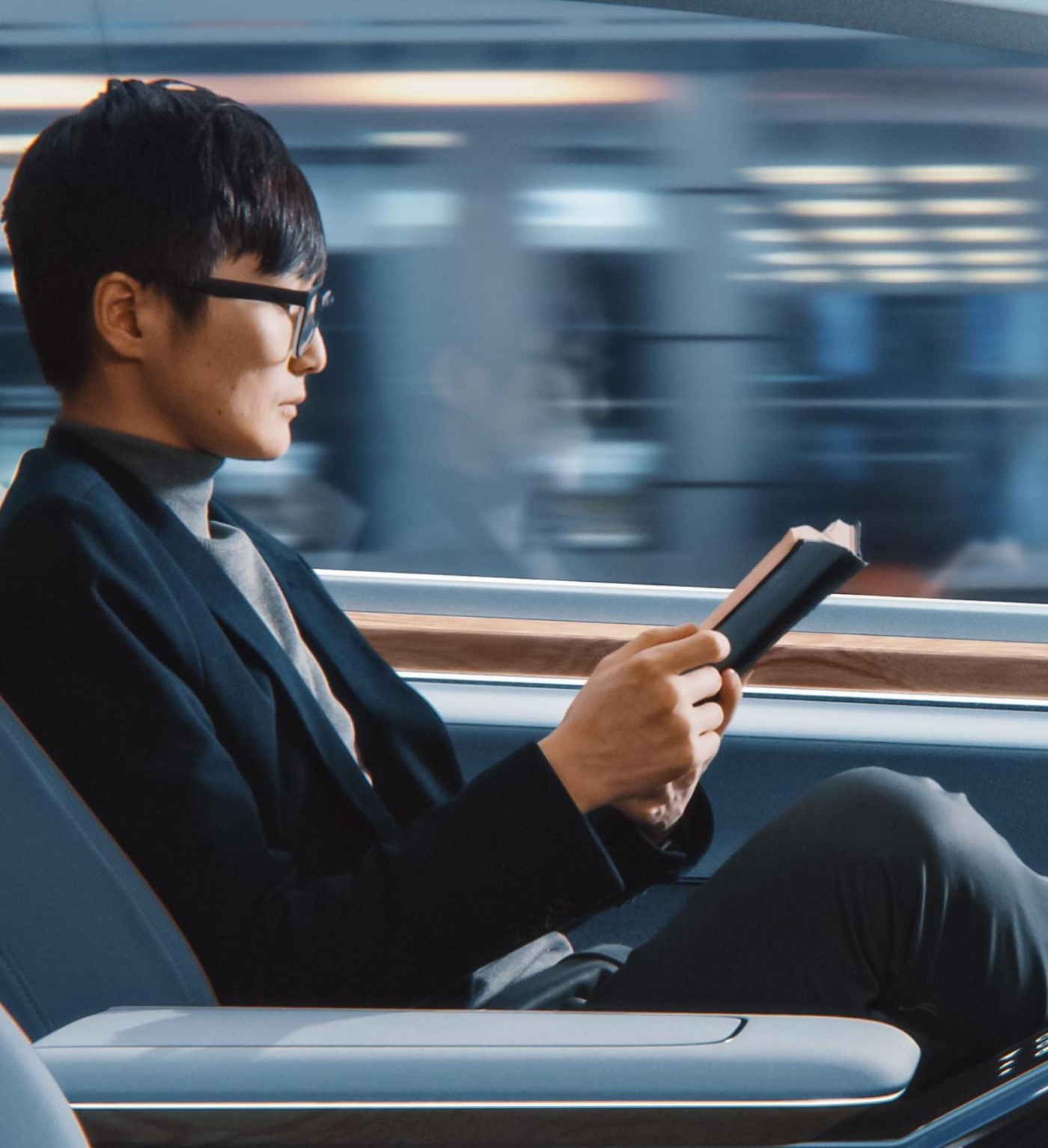 From driver to passenger: On the way to autonomous driving

Autonomous driving promises safer, more efficient, and more environmentally-friendly mobility.  But when does the driver actually become the passenger, and what is accelerating and what is slowing down this transition? The IAA MOBILITY Visionary Club discusses the challenges and potentials of the technology – and the trust issue. Sponsored by Bayanat.

What is the potential of autonomous driving? Jason Eichenholz, co-founder of and Chief Technology Officer at lidar manufacturer Luminar, has a succinct phrase for it: “The hundreds”. And he offers an instant translation in the IAA MOBILITY Visionary Club: “Over the next hundred years, we will save a hundred million lives with it and give people back a hundred trillion hours. These lives and this time will make a massive difference in the world.”

In fact, the expectations of autonomous driving are huge: Fewer accidents, more time in your day, and access to mobility that also includes people with disabilities. And along with that, traffic that flows better, is more environmentally-friendly and cheaper. We are already seeing forerunners of the technology today: Assistance systems for partly automated driving, such as motorway lane keeping assist. They represent Level 2 in the five levels to the self-driving car. Level 3, highly automated driving, is now also gradually reaching the customer: At this level, the vehicle is allowed to handle certain driving tasks independently and the driver can focus on other tasks – but only for a limited time and within narrow parameters. One pioneer in this area is the motorway drive pilot, which Mercedes-Benz is offering for the S class, amongst others.

Industry at the crossroads

So are we nearly there yet – in the world of autonomous driving, given that we have already reached Level 3 of five? It’s not that simple, says Werner Engl, Senior Vice President and Head of Global Sales AD Systems at ZF Group. The next step towards Level 4 (fully-automated driving) is fundamental – and huge, since then you could be traveling on certain routes without a safety device on board that has been very important up until now: The driver. “It demands a lot of the vehicle in terms of validation and reliability, from the sensors to the software architecture to the components.” So it will be a few years yet before Level 4 is a daily feature on our roads.

Particularly as autonomous driving is not the only transformation facing mobility, as Georges Massing emphasizes. The Vice President MBOS Automated Driving, Powernet & Integration E/E at Mercedes-Benz knows that electrification is the order of the day. So for Mercedes-Benz autonomous driving is just one part of a whole which needs to integrate into the “Electric first” strategy. “The new currency here is range.” And the technology that a self-driving car needs to have on board consumes energy – which, in turn, reduces range. “It will be a challenge to pull that off.” Jason Eichenholz likewise says that solving this requires true innovation. Managing electrification and autonomous driving simultaneously involves a massive transformation. “The industry is standing at a crossroads.”

Which market will get there quickest remains an open question. Technology-loving China will be one of the pace-setters, Massing thinks. And the USA and Europe are in the race too. Jan Becker, President, CEO and co-founder of the software specialist APEX AI, says: “In terms of technical development, Silicon Valley is furthest ahead, but in terms of the market launch of technologies it is Germany and Europe. Manufacturers and suppliers here have 20 to 30 years’ experience in developing new technologies and making them viable for mass production.”

And the need to expand public transport in Germany is similarly driving development, adds Engl. That’s because autonomous driving can play a key role here. “What’s more, Germany has enacted the world’s first Level 4 legislation, so that from a regulatory perspective we are really far ahead.” Engl adds that industry needs these standards: “For that reason, I am convinced that Europe will play a key role in the coming years in the introduction of at least Level 4.”

One thing is certain: There is huge interest in autonomous driving from the politicians, industry, and the general public too. But it is precisely the potential customers who also have concerns, as studies repeatedly show – whether because they enjoy driving themselves, or because they are not confident in a technology that takes decisions instead of humans. A recent survey by the market and opinion research company YouGov together with the Center of Automotive Management (CAM), for example, revealed that Germans are currently highly skeptical of autonomous vehicles. Accordingly, around half of those surveyed could not currently imagine using fully-autonomous vehicles. However, younger respondents were significantly more open to the idea than older respondents.

For the industry, that means: Building trust and allaying fears. A key to this, according to Eichenholz, is the continuous improvement of existing assistance systems, which are perceived as the forerunners of autonomous driving. “The entire industry needs to work on these systems every bit as hard as on autonomous driving. They can contribute to saving lives and improving the driving experience, if they work correctly.” And equally important is openness, rather than development conducted in ivory towers. “We need to be transparent and realistic when it comes to the technology we are developing,” says Becker. “That’s the only way to build trust.”