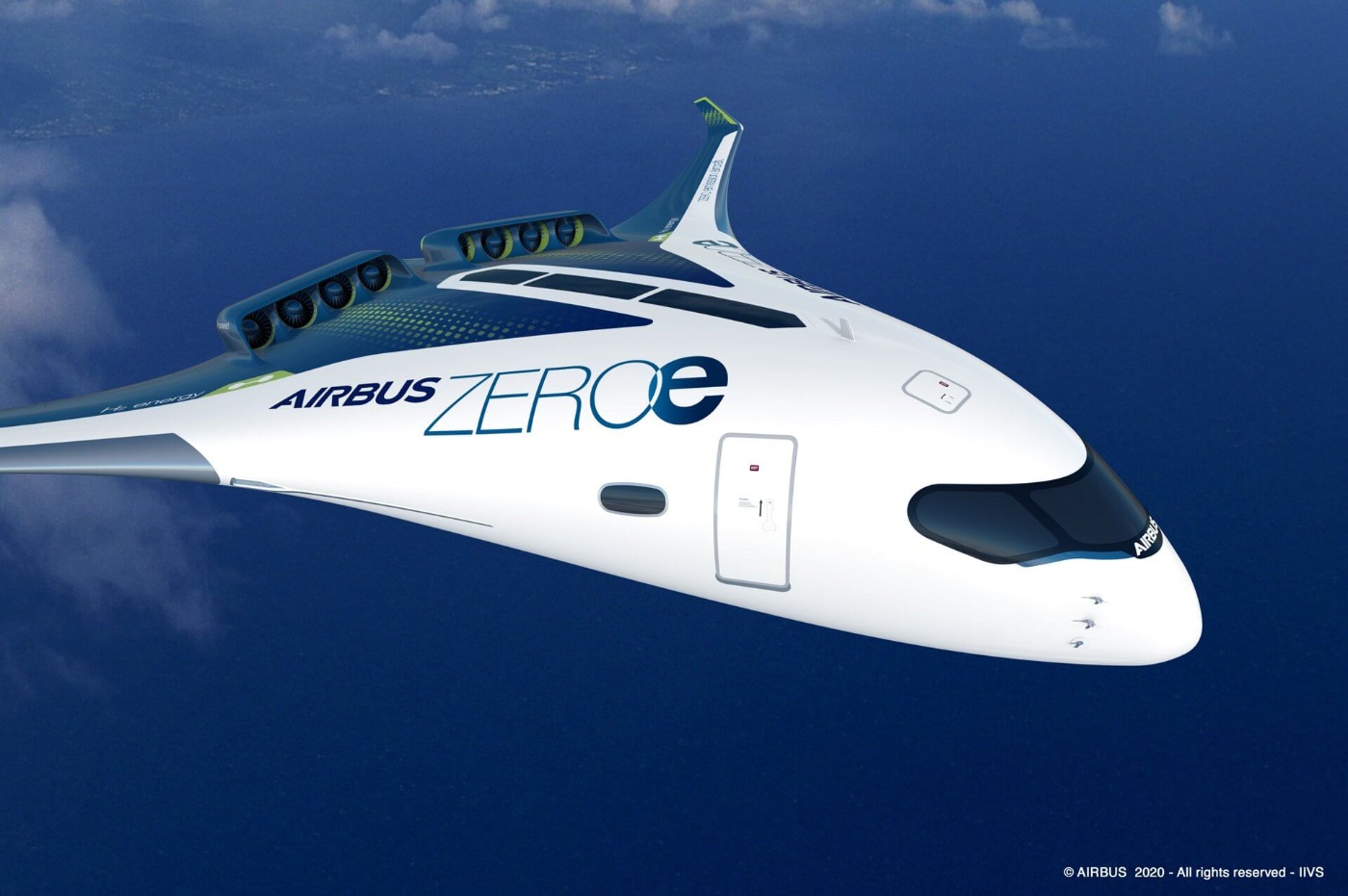 The dream of emission-free flying: On course and heading for the home straight

Flying without pumping out emissions: As yet, this is still a vision. But a number of manufacturers are already working at top speed on planes that can fly without kerosene. Whether powered by electricity, hydrogen or synthetic fuels – for the planes of the future, there are plenty of technological options.

At the end of 2020, the German Aerospace Center (DLR) and the German Aerospace Industries Association (BDLI) agreed on an ambitious goal: "By 2050, we be flying climate-neutral" - so ran the announcement from BDLI Vice-President Reiner Winkler. To open the door to climate-neutral flying, the industry and the research side are looking to invest even more effort and money in future to provide the "priming" for emission-free aircraft. On the technical side, there are a number of options available. And whether that is by using synthetic fuels, fuel cells or batteries – when it comes to the "energy revolution in the skies", the industry is not just backing one horse. We outline the key concepts below.

On course for the hydrogen airplane

Green hydrogen is seen as the fuel of the future. It can be manufactured very easily using green electricity and water, and no CO2 is produced in the conversion process. What's more, it offers high energy density, which is a particular advantage for use on long-haul routes. The fuel itself can be used in various ways – for instance, by being mixed with carbon dioxide and used oil and then burned instead of kerosene, as an "e-fuel". Another option is to burn the gaseous compound directly, in modified gas engines. A third, viable alternative is conversion to electrical energy. A fuel cell is used for this, which first converts the hydrogen to electricity and then uses that to drive an electric propeller.

The European aircraft manufacturer Airbus has already been experimenting for some time with all three approaches. It presented its initial findings, under the name ZEROe, in September 2020. The concept encompasses three different hydrogen aircraft, designed for different use scenarios and intended to help in getting an emission-free H2 aircraft to deployment-readiness by 2035. The biggest ZEROe machine, with space for around 120 to 200 passengers, is based on a "turbofan design" and reportedly has a range of around 3,700 kilometers. It carries the liquid hydrogen for its modified gas-turbine engines in large tanks, which make up the rear section of this long-haul aircraft. Viewed purely from the outside, the plane is barely distinguishable from conventional, kerosene-fueled aircraft. It is only the windowless end (where the tanks are located) and a small extension on the rear control unit, via which gas can be diverted off in an emergency, that serve as clues to its hydrogen powertrain.

The difference to a normal airliner powered by kerosene can hardly be seen. © Airbus

Things look different on the two models for short-haul flights. Here, the turboprop design is notable primarily for its two large propellers. The plane can reportedly carry around 100 passengers, powering its engines using hydrogen combustion. Its range is around 1,850 kilometers. The third Airbus prototype can reportedly achieve the same distance, although it uses a completely different concept, since the design is as a "flying wing". In other words, the body and the wings form a single element. That creates additional space in the voluminous wings, which can accommodate the hydrogen tanks or passenger cabins. This model would also have the capability to carry a powertrain where the fuel was first converted to electricity, as well as a hydrogen-fueled engine. But there are also aircraft around that rely wholly on electrical power.

E-aircraft: With a battery instead of a fuel cell

The electric segment is alive with a wide variety of different manufacturers and concepts. Whether small start-ups or traditional plane manufacturers, innovative e-helicopters and passenger drones or conventional airliners – the market is developing in various directions. Fundamentally, pure electric planes are currently more suited to short-haul, as their batteries are relatively heavy in themselves. And compared to the kerosene tank, they also require more space, which is why the development of higher-performance batteries is so important for e-aircraft. But in recent years, there have already been a number of technological advances.

What e-powertrains are already capable of is demonstrated, for instance, by a project involving the companies magniX and AeroTEC, who sent up a refitted, 18-year old Cessna for a 30-minute test flight in May 2020. This initiative proves that e-aircraft are no longer a pipedream, and that they can already be realized as an economically viable proposition today. For instance, the electricity for the short flight in the e-Cessna reportedly cost only around EUR 5, whereas the originally-installed engine would have burned through kerosene costing over EUR 280.

The Alice electric aircraft from the Israeli manufacturer Eviation is similarly being promoted as economically viable: According to the company, the first airlines will be taking delivery of the planes as early as 2022. While it is somewhat smaller than the converted Cessna and is only capable of carrying up to nine passengers, it can reportedly achieve speeds of up to 240 knots (440 km/h) and cover distances of around 650 kilometers. That makes it a suitable option for short-haul flights. The US airline Cape Air has reportedly already secured 92 of these machines. No information is known at this point about the price of the e-aircraft, but the manufacturer is promoting its significantly lower maintenance and running costs.

The Munich-based start-up Lilium is taking a somewhat different approach from Eviation. In future, its e-machines are set to enable an entirely new form of aviation. They have 36 electrically-powered motors, they take off and land vertically, and they have space for up to seven people. To realize this vision, Lilium has recruited well-known supporters and backers. In Tom Enders, the company has had an ex-Airbus CEO on its Administrative Board since January 2021. The investor Frank Thelen and Swedish tech expert Niklas Zennström are also on the Board. With them, Lilium is planning to expand in the European and American market. However, series manufacture of this innovative plane is set to be based in Germany and is planned to start from 2024. Lilium is also looking to secure the capital needed for this expansion via the stock market. In summer 2021, a merger with a SPAC - a market-listed shell corporation - is planned.

High-flyers - even on the stock market? If Munich-based start-up Lilium has its way, the unusual flyer is on the verge of a breakthrough. © Lilium

When it comes to decarbonizing aviation, the US sectoral giant Boeing is looking particularly to so-called bio-fuels. The term refers to energy sources mixed from various fuels, with a significant proportion being manufactured from biomass - for instance, from waste from food manufacturing or from agriculture or forestry. Tests using this sustainable kerosene substitute have been running since 2008. Boeing is looking to market a fully biofuel-powered passenger aircraft by 2030. To date, however, admixtures of biofuels have only been permitted up to a specified proportion. But that could soon change – after all, compared to pure kerosene this energy source could reduce CO2 emissions by up to 80 per cent, according to the international air transport association IATA.

So the potential for more sustainable aviation exists both for hydrogen and for batteries and alternative fuels.