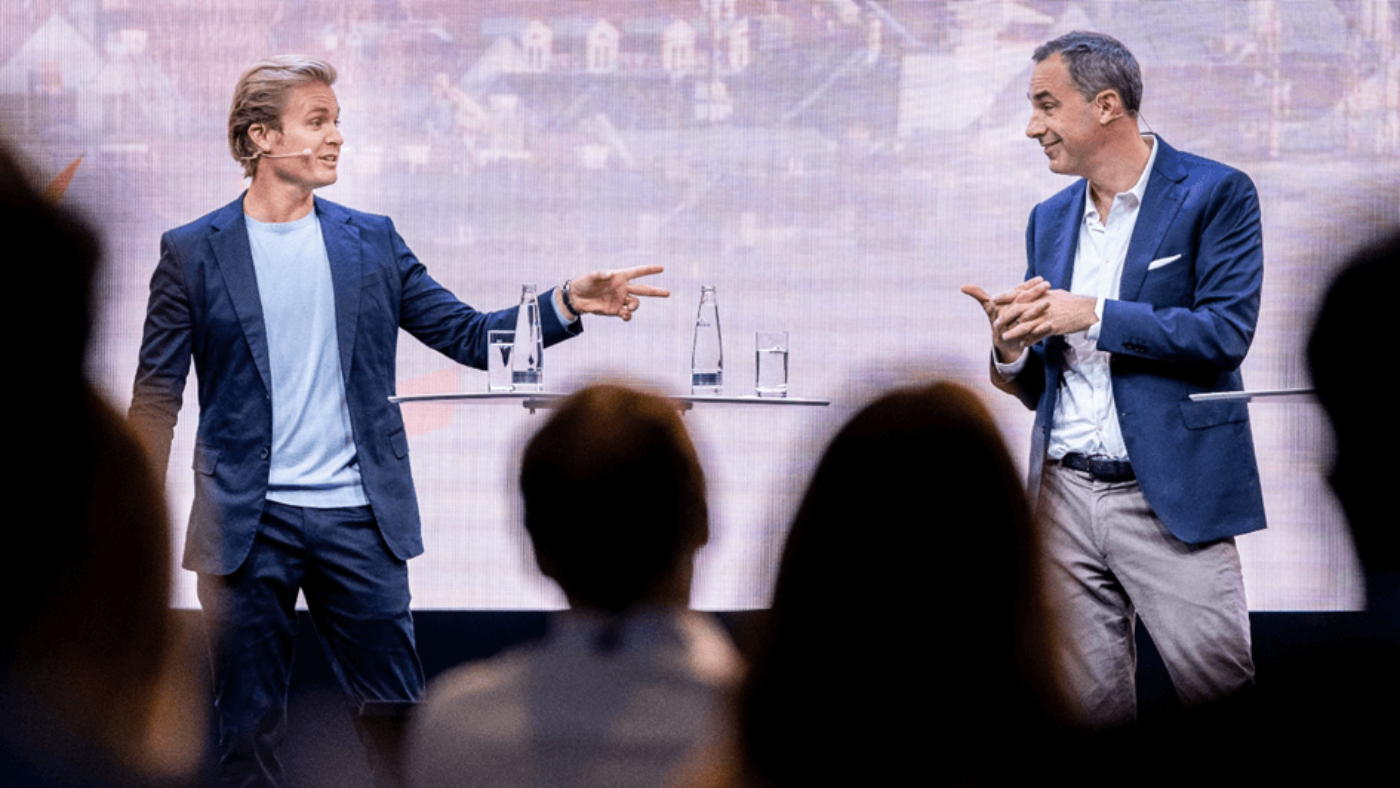 Making sustainable mobility accessible to everyone

As a driver of social dialogue on the mobility of the future, the IAA MOBILITY Conference brings together key decision-makers from all spectrums of the mobility and digital industries. At the inspirational lunch break with former Formula 1 world champion Nico Rosberg and CEO of Siemens Digital Cedrik Neike, one topic was at the forefront: sustainability.

Nico Rosberg, the last racing driver to beat Lewis Hamilton in the Formula 1 World Championship, outlined his vision of sustainable mobility in Munich. Rosberg stressed that it was important to reduce costs and give everyone access to sustainable mobility. After all, he said, sustainability and justice must be in harmony.

Rosberg also follows this credo as an investor. "With startups, it is particularly important for me to make sure that we pay more attention to value-based business practices." The industry is currently steering toward this, Rosberg adds in praise. He describes himself as a sustainability entrepreneur. This, he says, is an investor who not only thinks in terms of profits, but also tries to have a positive impact on society or the environment with his investments.

Rosberg's interlocutor, Cedrik Neike, elaborated on his company's current projects during the talk, which lasted just over 40 minutes. "Using technology wisely helps us distribute wealth fairly," Neike said. He said he is trying to use his work to make the use of data more efficient and thus "reduce production costs," for example, in the manufacture of e-cars. The savings, he said, then help make access to sustainable transportation affordable for everyone. He cited the progress of telecommunications in India as an example. By lowering costs and providing high-speed Internet, he said, connectivity in India increased within a very short time. Several hundred million people thus gained access to fast Internet.

More equity in the future with blockchain and social listening

One of the biggest challenges in the shift toward equitable and sustainable mobility, he said, is a conscientious review of global supply chains. Here, Neike said, blockchain technology could help provide accurate information about supply chain grievances, allowing companies to ensure full traceability - from the origin of their resources to their customers. An important aspect for transparent and trustworthy dealings.

According to Nico Rosberg, another tool for checking supply chains with regard to sustainable and ethical values is "social listening". With the targeted analysis of social media posts, grievances can be filtered and identified worldwide. The increased awareness is useful for a considerate interaction with each other.