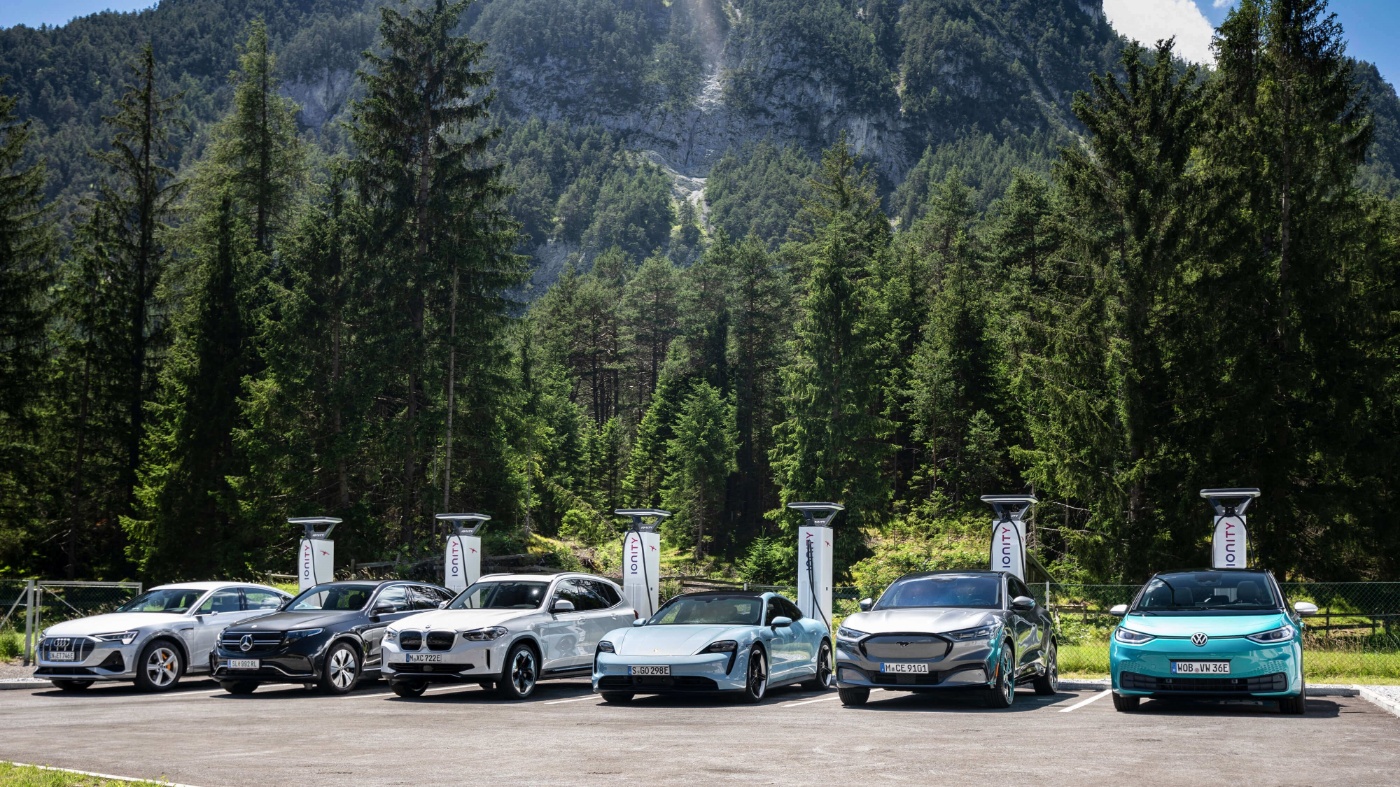 The success of electric mobility will depend crucially on the charging infrastructure. Yet in many places the charging network is not expanding as fast as demand. Read here about the current situation and the developments for EV drivers – from digital payment options to PLUG’n CHARGE.

Norway boasts the largest number of charging stations relative to the population of any country Europe. But this has caused long queues in the capital Oslo. Now there are too many electric cars and not enough public charging stations. In order to tackle the huge demand, at the beginning of 2019 it was decided to stop offering free charging on municipal parking lots. This is the kind of “luxury problem” the rest of Europe can hardly imagine. Other European countries still need more charging infrastructure both in rural and in metropolitan areas. Universal coverage by a network of charging pillars is a major consideration when you’re buying an electric car. The German OEMs have announced that they will have 150 e-models available by 2024. While the industry is launching one model after another onto the market, and this year the number of electric vehicles in Germany alone has doubled, the number of charging sites rose by only 50 percent over the same period. That’s about 200 new charging points every week, but keeping up with current sales would need 2,000 new charging points every week.

One thing is certain: progress is being made. In 2010, there were only a few thousand charging stations in Europe. Within ten years the number has reached the hundreds of thousands. According to the European Alternative Fuels Observatory, there are now over 210,000 charging points in Europe. This represents a rise of nearly 50,000 access points compared with last year. Today the Netherlands has around 62,000 charging stations, while Germany and France are racing neck-and-neck for second place, on approx. 44,000 and 45,000 stations respectively. In Greece, by contrast, there are only about 200 charging points in the whole country. The charging maps of the Bundesnetzagentur (German federal network agency) show around 32,000 publicly accessible stations in Germany, each with its address. From now on, the VDA’s new charging network ranking will indicate the expansion of the publicly accessible charging infrastructure in all districts in Germany. Each one is ranked for the attractiveness of switching to e-mobility in that location. This is shown by the number of publicly accessible charging points in relation to the number of cars registered in the district. A second ranking documents the density of the publicly accessible charging network and indicates how many e-cars (statistically) have to share one charging point. The figures do not take account of charging stations in depots, residential blocks, underground garages or on other private premises.

Expansion on the freeway © Ionity GmbH

Fast chargers on the freeway

German manufacturers, importing companies, and suppliers operate 15,000 charging points in Germany on their premises, in depots and at trading companies. The automotive industry is forcing the expansion of the charging network along the freeways – a necessary development for viable long-distance mobility. Ionity, a joint venture involving the BMW Group, the Ford Motor Company, the Hyundai Motor Group, Mercedes Benz and Volkswagen’s brands Audi and Porsche, has set itself the target of establishing a Europe-wide fast charging network. Ionity applies the global charging standard – the Combined Charging System (CCS) – which is the standard in Europe and is also compatible with almost all current and all future electric vehicles. This is advanced technology. Ionity is equipping all of its sites with state-of-the-art 350 kW chargers. The charging points in Tesla’s worldwide Supercharger network generally deliver 150 kW, with an growing proportion of them offering 250 kW. A single CCS charger could power 3,500 100-watt light bulbs, or charge 60,000 smartphone batteries simultaneously. At present, Ionity operates over 300 charging parks in 20 countries, and another 100 are either planned or under construction. Of the 101 locations envisaged in Germany, 100 will be in operation by the end of this year. All the chargers will supply 100 percent renewable energy for zero-emission, carbon-neutral driving. A total of 400 charging parks are planned for Europe. This will create the most powerful network so far for e-cars along Europe’s long-distance arterial routes.

Price maze with too many charging cards

The increasing number of charging stations is now making it more important to compare the prices of the various providers. Yet it’s not easy for consumers to keep on top of developments. The large number of charging services with the most varied pricing systems makes it more difficult to select the right one. Almost 300 different tariffs are on offer in Germany alone. According to a study by New Motion, EV drivers use two to three charging cards on average, but they also find it important not to need too many charging cards. Fifteen percent of European respondents have five cards or more. Whereas EV drivers in Germany have an average of 3.37 charging cards, those in the Netherlands need far fewer (1.82). The Austrians have the highest number of charging cards (3.81 on average). But help is available from providers like Charge & Fuel, Charge Now, Hubject and Digital Charging Solutions. They have come up with “EV roaming” that enables drivers to use charging pillars belonging to several providers, even in other countries – without having to take out a separate contract with each company. At the same time, the range of payment options is also growing: by app, RFID chip, credit card, direct payment or using a QR code. And then there’s charging based on the plug-and-play principle, which Tesla is already offering for its Supercharger network. Drive up to the pillar, plug in, and charge. Unplug, drive off, and the kilowatt hours supplied and the cost are displayed with no need for further identification by a card. The software running in the background takes care of the communication between the vehicle and the charging pillar. One contract, one mode of payment – realizing this ideal is just a question of time.