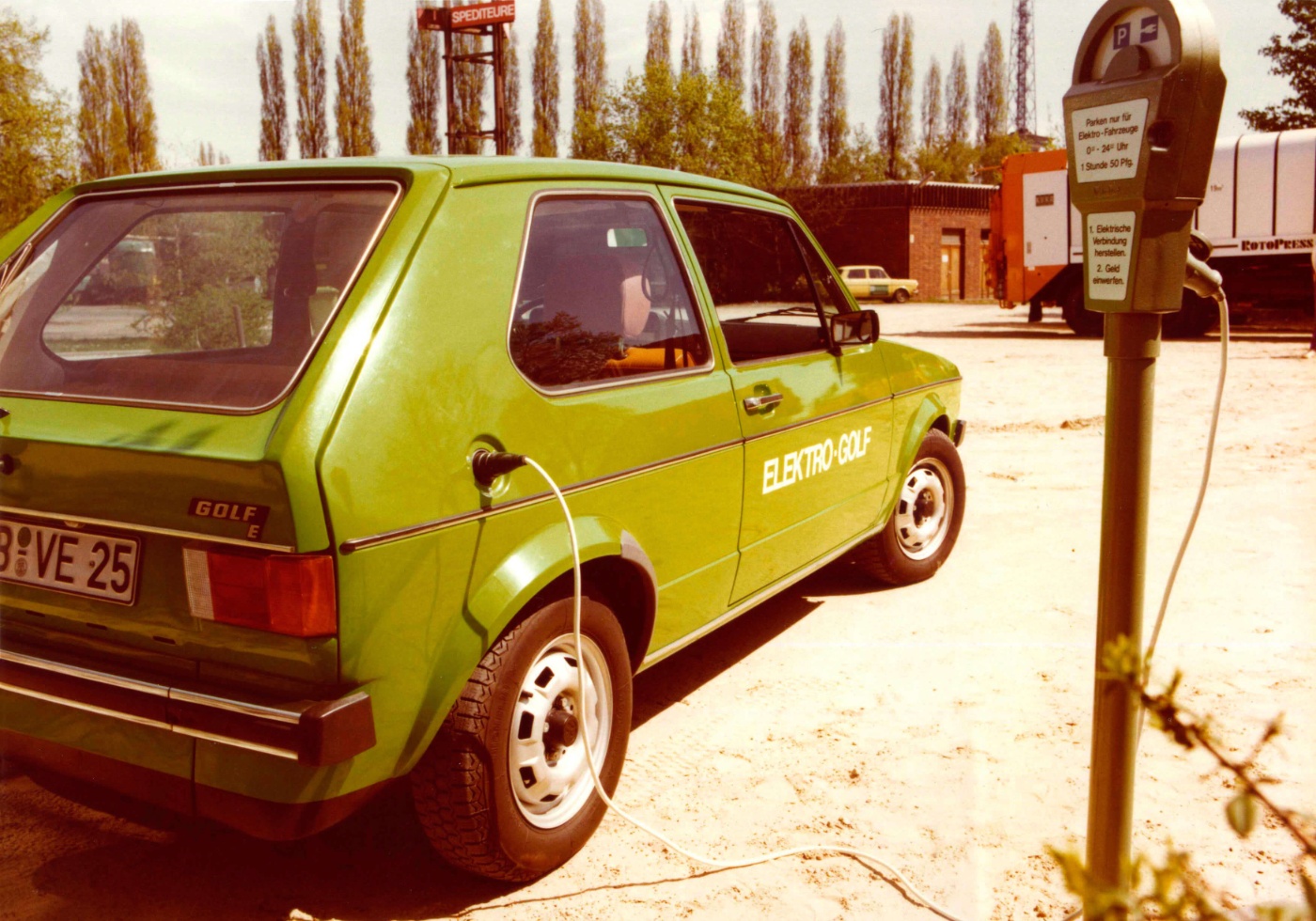 The E-Volution of the Automobile

Electro-mobility is not an invention taking place in recent automotive history: the first automobiles driven by electricity appeared almost 140 years ago. It was the breakthrough in battery technology that made e-cars an option for future mobility. The most important milestones in electro-mobility. Photo: © Volkswagen AG

Electro-mobility is not an invention taking place in recent automotive history: the first automobiles driven by electricity appeared almost 140 years ago. It was the breakthrough in battery technology that made e-cars an option for future mobility. The most important milestones in electro-mobility. Photo: © Volkswagen AG

Historians are divided as to who invented the first electric vehicle. The French inventor Gustave Trouvé makes his debut in 1881 with an electrical tricycle– the Trouvé Tricycle – at the International Exhibition of Electricity in Paris in 1881. In the same year the British scientists William Ayrton und John Perry present an electrically driven tricycle that already achieves a top speed of 14 km/h and has a range of up to 40 km.

None other than Werner von Siemens invents and tests a "trolley bus" that travels, without rails, on electricity from an overhead line along what is now the Kurfürstendamm. This electrically propelled “Electromote” is the ancestor of the trolley bus which becomes an export hit at the 1900 Paris Exposition. Electrical trolley busses run in the German metropolis until the 1970s; a few models are still in operation.

The world’s first four-wheeled e-auto is built by the Coburger Maschinenfabrik A. Flocken in 1888. It boasts a 100-kg storage battery that supplies electricity to a 0.7-kw electric motor installed underneath the driver’s seat cushion. The carriage has a top speed of 15 km/h and a range of up to 40 km.

In 1897 the first e-taxis start zipping along the streets of London and New York and appear in Vienna and Berlin soon afterwards. In the U.S. e-vehicles are roughly as numerous as steam vehicles – and distinctly more numerous than gasoline-driven cars – in 1900. Years later more than 60,000 of these vehicles are on the roads nationwide.

Electricity is also setting the pace in automobile racing, a sport still in its infancy. On 29 April 1899 the Belgian engineer and racing driver Camille Jenatzy travels over 100 km/h in an e-car – a world record! His torpedo-shaped vehicle, La Jamais Contente, is propelled by two 25-kw electric motors and has more than 80 storage batteries with a total weight of almost one tonne.

In 1900 Ferdinand Porsche presents his “Lohner-Porsche”, an e-car with wheel-hub drive. The next models create a global sensation with their four hub-mounted electric motors and four-wheel braking. The Semper Vivus make history as the first operational hybrid automobile and is one of the highlights in the early years of Porsche’s career as an automobile designer.

The e-car boom has just achieved its climax when it already comes to an end. The future belongs to the internal combustion engine because of its wider range, the cheaper gasoline fuel it uses, and the success of the Model T produced on the assembly line by Henry Ford. The invention of the electrical starter motor overcomes what was previously the greatest handicap of this kind of engine, namely the tedious cranking-up. By around 1920 e-vehicles have been displaced almost totally on the roads by gasoline-fueled models and survive only in isolated niches, e.g. as delivery vehicles.

The first automobile with a solar powertrain is developed by the U.S. engineer Charles Alexander Escoffery. The inventor installs over 10,000 solar cells with an output of 200 watts on the roof of a Baker Electric classic car. After a 10-hour charging time, the car is able to travel up to 32 km/h for about 60 minutes.

In the mid-1970s, Volkswagen starts its research work on electro-mobility. The first VW Golf CityStromers start trial operation at several large electric power providers in 1980. They are followed by a small fleet of e-models of the VW Transporter T2. Starting in 1992, the Golf I, with its 20 kw/27 bhp e-motor, is succeeded by small-series e-versions of the Golf II and Golf III. These models are also not available commercially; they are operated solely in vehicle fleets.

In this year the Detroit automotive giant sparks a revolution on the U.S. automobile market with the EV1. GM provides around 1,000 models of this compact car to selected customers via leasing contracts. After only a few years, however, it recalls these models and scraps them under controversial circumstances.

Tesla Motors is not founded by Elon Musk but by Martin Eberhard and Marc Tarpenning, German software developers who believe in the future of the e-car. Over the next few years, Musk participates in the young start-up as an investor and eventually acquires the majority of shares. In 2008 production of the Tesla Roadster sportscar starts on the Lotus Elise platform. The traction battery consists of almost 7,000 conventional lithium-ion notebook storage batteries – giving the first e-car suitable for travelling long distances a range of 350 km. However, the two-seater – popular mainly among Hollywood stars and successful Silicon Valley entrepreneurs – is still an expensive niche product.

The BMW i8 – Copyright BMW AG

BMW presents the fully electrical studies on its i3 and i8 and puts them on the market two years later. Since 2013 the i3, the small e-car made by the Bavarian automaker, has sold over 150,000 times. BMW expects to keep this successful model rolling off the assembly line until at least 2024. The company has produced more than 20,000 i8 roadsters and coupés. Production of these models stops in the summer of 2020.

2012: “Fueling Electricity” via the Supercharger

Tesla introduces the Supercharger, the first rapid charging station for e-cars. The trick: the e-car batteries are charged at no cost for Tesla’s customers. Tesla now has over 18,000 of these stations worldwide.

With the SLS AMG Coupé Electric Drive, Mercedes-Benz presents the world’s most powerful electric super sportscar. With four electric motors and total power of over 750 bhp, the model can accelerate to 250 km/h.

Google presents the first prototype of a self-driving e-car. The small electric two-seater looks like a child’s toy and has neither a steering wheel nor pedals. With this small self-driving car, the tech company wants to force the development of the connected urban car of the future. Its subsidiary Waymo is now testing autonomous driving in various U.S. states.

Norway has had the highest percentage of e-cars worldwide for some time. This is the first year, however, in which automobiles with electric and hybrid drivetrains account for the majority of new car registrations in this country.

China, the leading market for electro-mobility, sells distinctly more than one million e-vehicles this year for the first time. In the e-car segment, Chinese automakers continue to dominate the Chinese domestic market.

With its ID. family, Volkswagen is entering a new automotive era by putting the first model on the road that runs exclusively on electricity. The product range stretches from the compact ID.3 to SUVs such as the ID.4. Continental plays a major role in this development as a VW supplier.