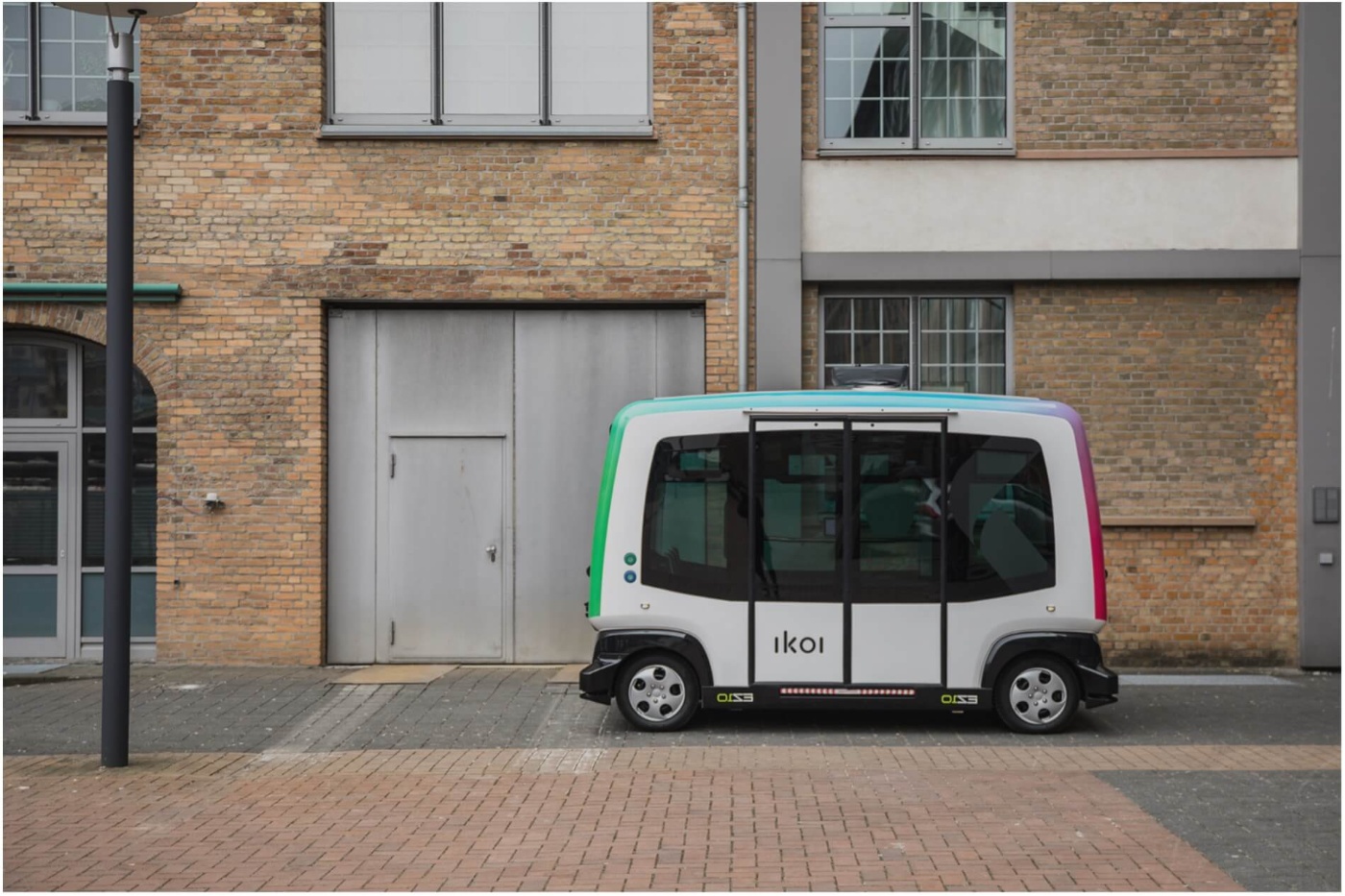 Whether in Hamburg, Berlin or Lauenburg – self-driving test vehicles can now be spotted with increasing frequency on our roads. These driverless cars often catch the eye with their rounded forms and colorful liveries. It’s a design reminiscent of toy cars: Is that just chance, or a cleverly thought-out concept?

Wide bodywork, muscular proportions and an aggressive look – today’s sports cars and SUVs, in particular, are after dramatic lines and a dynamic exterior when it comes to design. But other cars are opting for a completely different language of forms. With soft edges, rounded proportions and light signatures which evoke the human face, they stand out from the crowd of regular car designs. These are self-driving vehicles.

Contrary to popular belief, there are already quite a number of these cars on German roads. Whether in Lauenburg (Schleswig-Holstein), Berlin, Düsseldorf, Aachen, Hamburg or Leipzig – the list of towns and cities taking part in autonomous driving pilot projects is a long one. In addition to test vehicles from the car manufacturers, in most cases the driverless transport comes in the form of small shuttle buses, being tested as part of regional transport projects. These box-like buses often look like oversized toys, slowly making their way along designated routes at low speed.

However, vehicle navigation “in the field” for them represents a massive challenge. That’s because, to make their way safely through the traffic, the buses need to adapt continuously to the other road users. It’s a vital, yet simultaneously highly complex task, which requires a high degree of communication. And this is precisely where the striking design of these self-driving shuttles comes into play.

The HEAT in Hamburg is finding its way through Hamburg's Hafencity since 2019. © Hochbahn Hamburg

Communicating with the surroundings

With their striking forms, colors and light signals, these rolling robots can convey a variety of moods and information to others. For a vehicle without a human driver, it’s an ideal opportunity – and also a necessity – to be able to exchange information with its environment. In doing so, the toy-like language of forms should act on its environment in as friendly and welcoming a manner as possible.

That way, an initial bridge is forged between man and machine that builds confidence and creates connection-points for further interaction. The thinking is that, once someone has acknowledged the unfamiliar object, light signals can handle the communication from there on. For this, many cars are looking to a front-end that resembles a face, to imitate human looks and gestures or to communicate verbally with people, via a digital display.

This ioki model with its bright colours. © ioki GmbH

A look says more than a thousand words

One manufacturer taking this approach as far as it will go is the UK car manufacturer Jaguar Land Rover, which has equipped its self-driving mini-shuttles with two large “virtual eyes”. Using them, the travelling 4-person cabins can “look” directly at pedestrians, a measure designed to build greater confidence in the vehicle when out on the road. Jaguar Land Rover points to a study according to which over 63 per cent of those responding feel less safe sharing the road with a self-driving vehicle. The manufacturer is currently testing the shuttles to find out “if it is beneficial to provide humans with information about a vehicle’s intentions or whether simply letting a pedestrian know it has been recognised is enough to improve confidence,” says Pete Bennett, Future Mobility Research Manager at Jaguar Land Rover, speaking to “Auto Motor und Sport” magazine.

Other manufacturers have chosen to go down a similar route, and are testing the use of various light signals. For example, the interACT project group is backed by BMW, Fiat, Bosch, the German Aerospace Center (DLR) and the electronics expert Hella. Its research work is aimed at investigating socio-psychological contexts determining the communications requirements in traffic situations. The aim is to use light systems to develop a wide range of projections, symbols or colors which can be clearly and intuitively recognized by other road users, world-wide.

Non-verbal communication between man and machine is an approach which is also inspiring the developers of today’s cars and which, in a modified form, has already found its way into series-manufactured vehicles. For instance, Volkswagen’s electric ID.3 is able to communicate its charging status via a light signal that is similarly reminiscent of a human eye. As the driver approaches the compact electric car, the car seems to “wink” in welcome. The same also applies when the driver gets out of the car. This concept, with its “human touch”, is intended to convey a feeling of emotional security for the driver, building confidence. After all, in future updatable cars like the ID.3 are set to be travelling around our roads with ever greater autonomy.