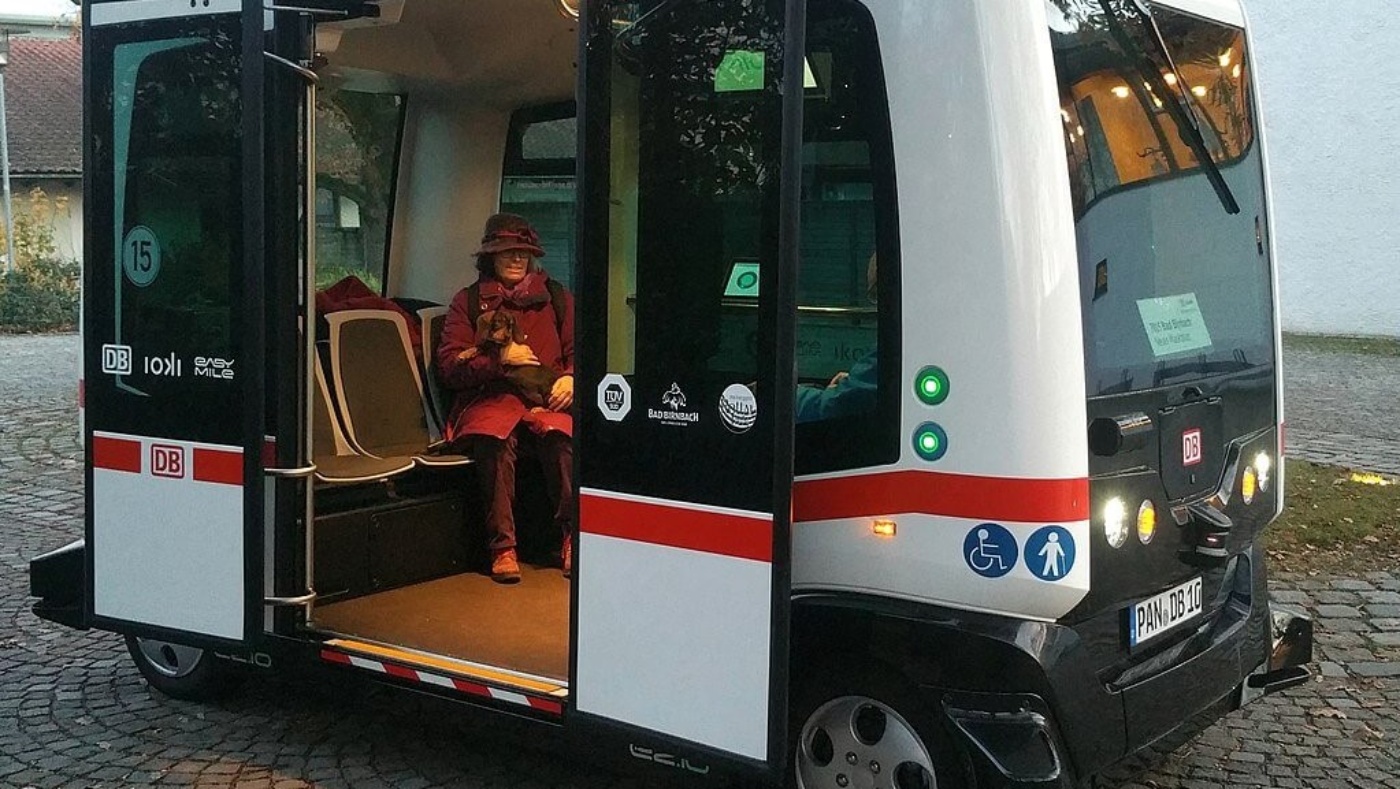 (No longer a) Pipe-dream: How self-driving vehicles are giving senior citizens their mobility back

When discussing new approaches in mobility, attention is often focused on the city context. But it is not just in the urban areas where we need to reimagine mobility – in rural areas, too, there is still plenty of untapped potential. Self-driving vehicles present one such opportunity.

A minibus heads along a country road. To a reliable schedule, it takes its passengers from the local station to the marketplace and back again. Thanks to this six-seater transport, the locals are no longer reliant on their own car. So far, so familiar. Except for one small detail: The bus is driverless.

The future of mobility – direct to your front door

Something that sounds like a scene from a science fiction film has, in fact, been a reality since 2017: In the Lower Bavarian municipality of Bad Birnbach, a driverless bus operates a shuttle service between the marketplace and the station. For safety, a ride-along driver is on board too – but when the bus is in self-driving mode, he is only rarely required to intervene. So the bus completes the "last mile" in connecting the market village of Bad Birnbach to the public transport network. Seamlessly integrated into the daily life of the community, two future technologies are being trialed here simultaneously: The Bad Birnbach minibuses are not only driverless, but also electric. In addition to the environmental benefits of electric vehicles, the project also has a social dimension: Self-driving vehicles offer great potential for anyone who either doesn't want to or is unable to drive a car themselves. It means participation – particularly for older persons.

Opportunities for areas with poor infrastructure

Especially in rural areas, where local public transport provision is often thin on the ground, senior citizens suffer from having poor transport links. For some, health problems such as deteriorating eyesight make driving impossible, while others simply no longer feel safe behind the wheel. If no lift is available from friends or family, people can often find themselves stuck at home. Mobility? Don't even mention it. Statistics show that whereas 40- to 49-year olds in Germany take an average of 3.7 trips a day, the over-80s are only half as mobile, with 1.9 trips a day.

In the coming decades, this problem is set to worsen: Experts are predicting that the share of those aged over 65 will increase to 28 per cent of the overall population by 2030, and to 33 per cent by 2060. At the same time, while the population is generally expected to migrate to the cities, people will not be moving into the city centers, but into the surrounding areas. And this is where the transport links are lacking: A recent survey by the digital association Bitkom confirms the mobility gap between urban and rural areas. The further away from the bigger cities the interviewees live, the less satisfied they are with the current public transport offering: Three-quarters of them criticize it as inadequate. Private cars – or shuttle transport models, as in Bad Birnbach – are set to become increasingly important for the foreseeable future. Moreover, today's senior citizens are a lot more active than in the past, and there are more and more leisure offerings aimed specifically at them. So the demand for mobility is already there.

There are concerns – but a lot of interest too

The mobility of the future therefore needs on the one hand to connect the town and the countryside – and, on the other hand, to remain accessible for an increasingly aging population. This is where the potential of self-driving vehicles lies. Whereas a similar Bitkom survey three years ago indicated that only a third of people would consider getting on a self-driving bus, for example, today over half would be comfortable with it. And it's a similar picture for self-driving private cars too.

The main reason for concerns about getting into a self-driving car is a lack of confidence in the technology. At the same time, however, people are also highly curious about it. An Audi survey in 2019 established that around 80 per cent of the 21,000 people interviewed worldwide were very interested in the subject. That said, it was also found that younger, more educated and wealthier respondents were more open to the idea of self-driving cars than older people – and compared internationally, Germans are particularly hesitant about using them.

However, despite all the concerns over the technology, it remains true that the biggest risk factor in traffic is generally the person themselves. The potential of self-driving vehicles is evident – the challenge now lies in making it available. Pilot projects such as in Bad Birnbach offer a chance to experience this supposedly futuristic technology close up. The self-driving buses there are equipped with a raft of technical safety devices: for instance, the vehicles can only drive along the previously-programmed route, around two kilometers long. If unexpected obstacles, such as parked cars, need to be avoided, the ride-along driver handles that using a joystick. To be absolutely safe, the buses are currently limited to a maximum speed of 15 km/h. And the offer is proving popular: In the first two years of trial operations alone, over 40,000 people were transported. Further pilot projects using self-driving vehicles are already underway right across Germany: In Hamburg, trials using a self-driving bus have been running in the Hafencity district for some years, while in Monheim am Rhein a self-driving bus route has been operating in the urban area. Over the next few years, the Federal Transport Ministry will be investigating what mixed traffic involving self-driving and non self-driving cars might look like.

The technology is continually making advances – and once matured, self-driving vehicles will present major opportunities, particularly for older people living in the country: people who today are often reliant on help from other people can again go about their daily lives with greater self-determination, enjoying better quality of life and feeling less isolated. Bad Birnbach shows how that can work.